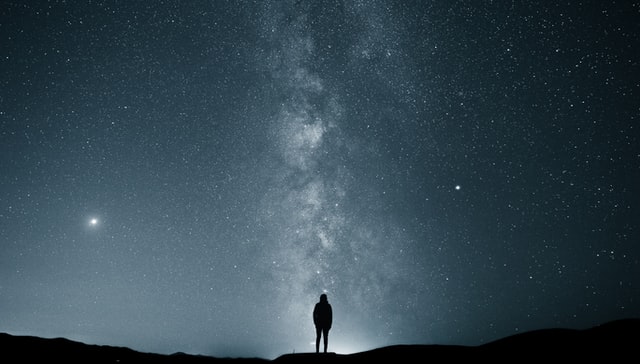 August is coming so as the meteors, we invite you to take a private driver in Israel and travel to the Negev and see the amazing Meteors falling!

What is a Perseids Meter?

A meteor shower is a meter of Perseids who are the children of Perseus Perseus from Greek mythology. Meteor is a general name for small bodies in size, from clumps of rock to dust grains, which float in space and are trapped by the earth's gravity.

As they enter the layer of atmosphere that surrounds us, friction with the air is created at high speed and causes these bodies to heat, and emit light (like iron that heats and heats Mars and shines). The movement of the meteor in the night sky gives us the appearance of a "falling star" even though it is, as mentioned, not a star at all.

How is the date of the phenomenon predicted?

A large part of the meteors is formed by comets that move in the solar system in fixed orbits and leave behind a huge path of dust, ice, and rock particles. When the Earth crosses one of these orbits, a phenomenon called a meteor shower occurs. This phenomenon can be predicted in advance because, as is well known, the Earth's orbit and the planets are known to astronomers and the date of the meeting can be calculated accurately.

This phenomenon known in our provinces is the result of the Earth's encounter with the trail of the comet Swift-Tuttle which is officially symbolized 109 P / Swift – Tuttle was first scientifically documented in 1862 (but already documented in 69 AD). Besides being the source of the most famous meteor shower, this comet has also earned the nickname of the most dangerous object for mankind. The single most dangerous object known to humanity Its orbit in the solar system brings dangerous proximity to Earth and raises fears of a future collision that could destroy much of life on Earth. In the past, it was thought that the Swift-Tuttle comet could collide with the Earth as early as 2162, but this danger has been refuted and now there is talk of a chance of a collision in 4479 ראו.

The secret of the charm of the Perseids' rain

The Perseids meter is an extra-large meter where you can see a lot of meters. At the height of the event, 80-100 meteors are seen per hour. In 2016 at the peak of the rain 150-200 meteors per hour could be seen and in 1993 more than 300 meteors per hour were observed. The phenomenon is clearly visible in the International Dark Sky Park in Mitzpe Ramon. The place where the meteor shower appears in the night sky is at sky level heading north. The phenomenon attracts thousands of hikers each year and this year more than ever due to the inability to hike overseas. One of the main attractions is the biggest meteor shower of the year which is expected to peak between August 12 and 13. For many tourists who come to Israel this year, who are looking for a neat place to stay from meter to meter, we have collected a variety of recommended accommodation sites in the desert area in the south of the country, so you can enjoy the beauty and quiet of nature And a pampering shower using which to remove the stardust of the desert.

Best location to see the Meteors falling in Israel

The village of Nokdim, located in the picturesque area of ​​the Pelican Valley in the Judean Desert near Arad, offers phenomenal celestial views. Here you will find a Bedouin-style tent with rooms decorated in the local stone of the desert and shaded seating areas located between the rooms, with the whole place surrounded by palm trees between which you can try to see the stars. These desert cabins are ideal for nature lovers and come with private bathrooms and air conditioning. Guests can enjoy traditional Bedouin Bedouin meals offered by the stone dining room, which is decorated with traditional fabrics and rugs. If you want, you can go on camel and donkey rides from the site. Since this is a place in the heart of the desert, you may be able to simply walk a few steps beyond the illuminated area of ​​the complex to be successful and watch several stars fall.

A house in the desert, Mitzpe Ramon

In the heart of the Negev desert, a little further south, in the town of Mitzpe Ramon, which has been chosen as the best area in Israel for stargazing. There you can visit the desert house accommodation, where you can find a variety of accommodation units with view balconies that overlook the western hills of the desert and provide a unique landscape experience in shades of yellow and orange. In the peak moments of the rain, this may be a great vantage point where you can lie back and look at the stars. The place offers 4X4 field trips and hiking tours in the wild landscapes of the Negev and nearby sites in the Ramon Crater, the Tzin Valley, the Negev Mountains, and the Eilat Mountains. Couples love this location, especially when given a very high rating for an accommodation that provides a unique experience for couples.

Located in Mitzpe Ramon on the cliff overlooking the Ramon Crater at one of the special vantage points in Israel, the Bereishit Boutique Hotel from the Isrotel hotel chain, designed with advanced architectural design, offers its guests a hospitality experience from the stars. The elegant rooms offered by the hotel feature a balcony with mesmerizing panoramic views, which many travelers attest to make them simply stay in the room and stare at the picturesque landscape for long hours. In addition, the hotel restaurant offers large glass windows, which also have a view of the surrounding area, and guests also have at their disposal a wellness center, an outdoor pool in summer, and the possibility to rent bicycles and Segways. If you want to add a few elements of heritage to your star trip, you can visit Sde Boker, where David Ben-Gurion lived in his last years, which is a half-hour drive from the hotel.

In the southern city of Yeruham, just one kilometer from Lake Yeruham is a desert view B&B. Once you have found yourself a corner to watch the stars in the desert area and without the lighting around the city, you can take advantage of the on-site barbecue to prepare a good meat meal or indulge in a hot tub. If you are planning a vacation with children, you can count on playground facilities to fill your free time. There are also a variety of activities for family, friends, and couples in the B&B area, such as cycling, fishing, and various walks.

Although the capital of the Negev produces a large aura that needs to be quite a distance from the city to watch the stars, those looking for a stay in the south of the big city between one meteor shower after another can do so at the Ottoman House Boutique Domus Apartments. This boutique hotel, chosen as one of the recommended accommodations this year, is located in the heart of the Old City of Beer Sheva - a location that has earned it a high rating by couples who have noted that this area is great for couples hiking. The building is inspired by the culture and spirit of the period in which the area served as a cultural and economic center for the Ottoman Empire. Each unit in the complex includes a patio, a fully equipped kitchen, a seating area, and more. You can start the morning with a continental breakfast served on-site, after or before another night trip between the stars.

The long waiting to visit Israel is Over, call us today and book a private driver to see the Meteors in the Negev!