A private trip with a driver in Israel to Caesarea

Otto transportation services in Israel invites you to explore an amazing port city, and this time Caesarea.

today you have the option to travel along the coast on the Mediterranean sea with our car with a driver service in Israel and explore this 2000 years old port!

The name "Herod" in Russian has become a household name. In fact, the cruel king Herod, who organized the "massacre of infants" in Bethlehem, is a real historical figure. He was a contemporary and personal friend of Gaius Julius Caesar and his rival co-rulers Mark Antony and Octavian Augustus. He is known as one of the most adroit, astute, and prudent rulers of his time. We know about it in some detail from the historical works of Josephus "the Jewish war" and "Jewish antiquities".

Let's say at once that the personality of Herod for two millennia causes Jews only negative emotions. Jews generally did not recognize non-Royal rulers who usurped power. And then – even a foreigner, the son of the courtier of edumate. In addition, Herod was credited with many atrocities – the suppression of popular revolts, the capture of Jerusalem at the head of the Roman army, complicity in the death of Antigonus – the last king of the Hasmonean dynasty, and the most terrible – the most serious damage to the temple of Jerusalem. Throughout the 33 years of Herod's reign, the people hated him.
But that's not the story here. For all his negative personal qualities – instability, manic suspicion, treachery, cruelty-Herod was certainly a fearless and successful commander, a visionary politician, a talented Builder, an able organizer, and a bold businessman. It is about this side of his active nature that we decided to tell in this article.
Sea trade in Herod's time was brisk, but the main routes of ships ran along the coast – from port to port. Sailing on the high seas was unsafe, and shipwrecks were frequent.

Half of Rome's freight traffic was wheat, from North Africa to Europe. From Alexandria, you could go to Rome by the Western route-through Carthage and the coast of Sicily, or to the East – along the coast of Judea, Cyprus, Rhodes and through the Strait of Messina.

According to the most conservative estimates, three thousand flights were needed to supply wheat to the million-strong population of Rome. And the navigation period is only six months. In the winter season, the Mediterranean sea is stormy, and cargo ships are parked in ports. It was possible to swim only from the end of March to the middle of October. However, in Egypt, what is the only winter, and its harvest ends in May. Then the threshing and delivery of grain along the Nile to Alexandria. That is, the first ships with the new crop of grain could not sail from Alexandria until the beginning of July. And the distance to Rome is 3.500-4000 kilometers (depending on the route) and the duration of the flight is from one month to one and a half. The last ships, at great risk, sailed in early September to dock in the Roman port of Ostia in mid-October. Total – only three months for the entire campaign to transport hundreds of thousands of tons of grain to Rome. But there were other cities, there were Roman legions. And all of them had bread as their main food.

Judea did not participate in the Mediterranean trade. All this traffic it is almost not affected. The ports of the Eastern Mediterranean coast that existed at that time – Rafah, Gaza, Ashkelon, Jaffa, Apollonia, Dor, acre – did not meet the requirements of strenuous navigation, could not serve ships quickly and efficiently enough, and also give them reliable protection during frequent storms. They didn't belong to Judea. Herod received the Mediterranean coast as a gift from Augustus only in 31 BC, in the eighth year of his reign. He immediately decided to connect Judea to the commercial arteries of the Roman Empire, using the country's favorable geographical position at the junction of East and West. To do this, it was necessary to build a new modern port city, make it attractive to shipowners and sailors. It didn't matter that there was no suitable Harbor on the low, swampy, sandy beach. The location for the new port was chosen by the will of the king, despite the natural conditions. The main thing is that in the depth of the coast, not far from the future city, the iron gorge begins, through which the ancient trade route went to Skitopolis (present-day Beit Shean) and then across the Jordan river to Damascus in the North and Philadelphia (present-day Amman) in the East. It was opposite the entrance of this gorge that Herod built the sea gate of Judea. 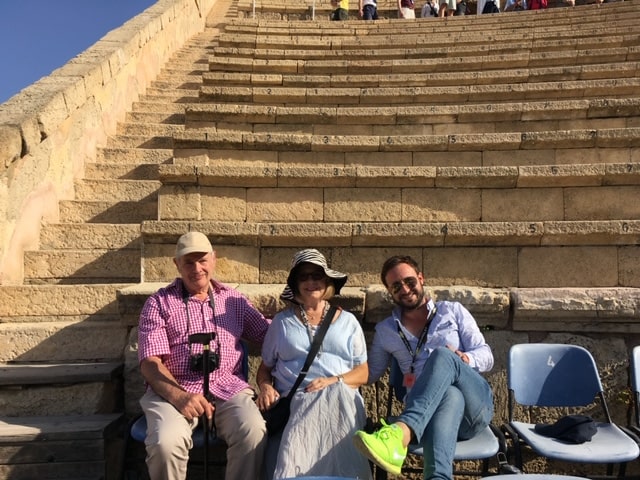 Herod built a magnificent port city on the scale of a serious Manager, regardless of costs. From the Bay of Naples, it delivered tens of thousands of tons of volcanic ash – the Roman pozzolana cement that hardens in the water. Blocks of stone, fastened together by pozzolan into huge blocks, formed the foundation of the pier and wharves that protected the ships from storms.

A huge lighthouse Trusion was visible for tens of kilometers and pointed out the entrance to the harbor. This large port could accommodate hundreds of cargo ships. We have also built a shipyard for the repair of vessels and huge warehouses-warehouses.

In addition, according to Josephus, the port was extremely harmonious and beautiful. Opposite the wharves is a spacious area adapted for cargo transportation. And above – the marble Roman city with its forum, temples, luxurious palaces and villas, fountains and pools, running water and sewage in residential buildings, baths, markets, paved streets, theater, amphitheater, Hippodrome…

The developed infrastructure of the city provided accommodation, food, entertainment for both the permanent urban population and thousands of visitors engaged in cargo transportation. The port was also adapted for wintering hundreds of ships. During the winter stay, thousands of sailors spent up to six months in the city. Meanwhile, the ships received maintenance and repairs at the shipyards. Ships that sailed from Alexandria in the autumn began to choose the Eastern route, which passed through the Judean coast. And the prevailing summer winds in the region themselves drove ships from the southwest to the northeast, from Alexandria to the coast of Judea. The port, so well located, provided an opportunity to replenish water and provisions, wait out bad weather, unload or load goods, relax and have fun.

Herod named this city Caesarea Maritima in honor of his new patron, the Emperor Octavian Augustus. The accuracy of his business project and political calculation was justified. Herod received a prize from Augustus-the title "ally and friend of the Roman people". He was now bound by a military Alliance with Rome but was exempt from paying taxes to the Roman Treasury. The money earned remained in the country. Thanks to this, in parallel with the construction of Caesarea, the king began to implement dozens of other major construction projects. The economy of Judea flourished.
The main population of Caesarea in the 1st-century ad was Syrian Greeks. And the Romans felt at home here. Jews were not very happy with the pagan atmosphere of the city but still began to settle on the outskirts. Large construction required a lot of workers, and there was also a need for a lot of small businesses in the service sector. Thus, the city created new jobs, attracting a lot of initiative people. Even during Herod's lifetime, the population of Caesarea reached several tens of thousands. In fact, the growth rate of the city's population is the best proof of the success of this major project of Herod's.
After the death of Herod, Judea became a Roman province, and the seat of the viceroys-procurators (the sixth of them was Pontius Pilate) was located in Caesarea. After the destruction of Jerusalem in 70 A.D, Caesarea officially became the administrative center of the province of Palestine prima. And remained the capital throughout the Roman and Byzantine period until the 7th-century ad. Even today, the ruins of ancient Caesarea are striking in their beauty and grandeur. None of the tours with a driver in Israel at the Seaside valley is complete without a visit to this lovely archaeological Museum. 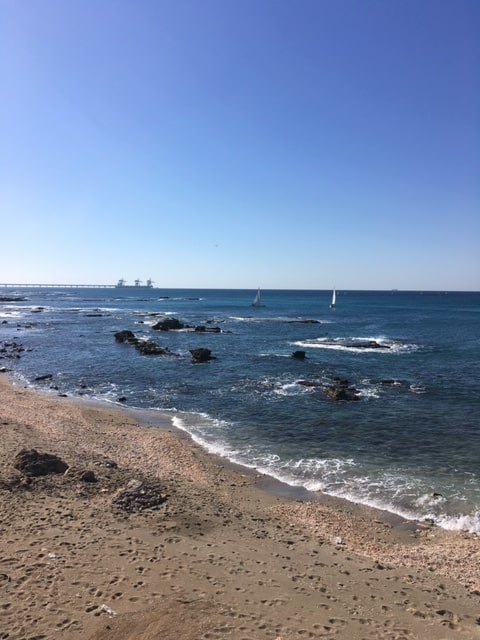 After the visit is this amazing port you can choose and continue with your driver in Israel to the next destination, perhaps Haifa to see the amazing Bahai gardens or to the old city of Acre along the coast to enjoy fascinating stories about the crusaders and taste the local fish in one of the restaurants of the city.

This is definitely a great day and full of history, otto transportation services in Israel will be happy to provide you our best car with a driver service in Israel, if you choose to add a tour guide in Israel also, our concierge tram we gladly book it for you, just let us know!