Acre Old City and Bahai Gardens with a private driver 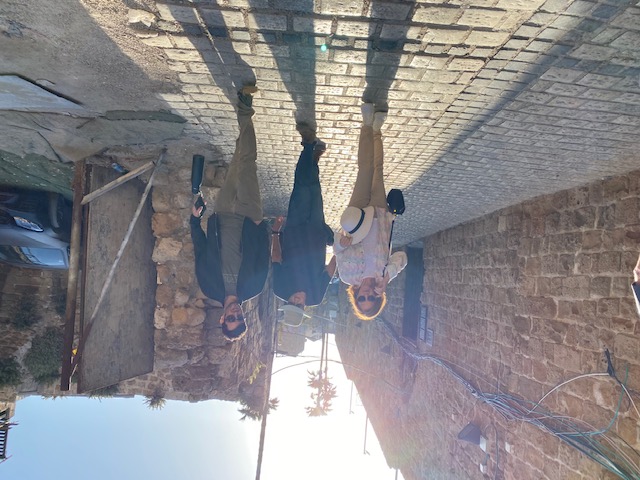 Akko or Acre is one of the most interesting cities to visit in Israel using a private car with a driver, this city went down in history as a city of the Crusaders - here was their main Middle Eastern "base". They left behind two wonderful sights: a perfectly preserved citadel and an underground tunnel connecting the fortress with the port. Later, Akko passed into the hands of the Ottoman governors, who built here a wonderful hammam(Turkish baths), a magnificent mosque(18th century), and several guest houses, which are also worth seeing.

In the 18th century, Acre came under the rule of the Turkish pasha, who built here a luxurious mosque(dedicated to Al Jazar and Muhammed), a luxurious bathhouse, and at the same time a “two-layer” fortress wall, thanks to which he defeated Napoleon’s troops and went down in history.

Akko remains a predominantly Arab city to this day. Here everyone speaks Arabic, most women wear a hijab or at least headscarves, and men smoke hookah and drink strong coffee.

There is one more feature that you need to be prepared for in advance so as not to be disappointed before you visit Acre with a private driver: the streets are rather dirty and the smell in the city is very specific. On weekends and holidays, it is noisy and crowded, so if you want to relax, it is better to go on weekdays. And of course, consider the conservatism of the local population: if you are a girl and do not want to attract too much attention, take modest clothes with you.

What to see in Akko with a private driver?

Start your tour of a local attraction by buying a ticket that gives you access to all the major museums - this will save you some money.

In addition to the old city, there is another very pleasant place in the district that is worth a visit - the famous Bahai Gardens. Bahaism is a relatively young religion based on monotheism and equality of all races and religions. Their center is located in the city of Haifa, and the founder of this teaching is buried in the Bahai Gardens near Akko. This is a wonderful place for walking and for introducing tolerance: we noticed that even the employees of the garden are divided into interracial couples.

A self-excursion in the Old City of Acre is very nice but one should consider taking a certified guide to understanding the deep history of one of the oldest port cities in the world. Our driver will take you to any desired point in Acre but we recommend using a guide for this visit.

The best fish restaurants in Acre

Well, now about the main thing: where to eat in Acre! This city is famous for its fish and seafood. Everyone tired of observing kosher, for sure, comes here to rest. We will cover the three most famous restaurants in Akko and one more place - our special recommendation.

Akko is home to one of the best fish restaurants in Israel - Uri Buri. Outwardly, this is a very modest place, the status of which can only be guessed by the professionalism of the staff and the sophistication of the dishes (well, by the price tag, of course). Chef Uri is a legendary figure recognizable on the streets. He manages to maintain a lively interest in his institution for 27 years (since 1989).

The hallmark of Uri Buri is the tasting menu: you tell the waiter about your taste preferences and they bring you the right dishes one by one until you say “stop”. The portions here are huge, so you are immediately warned: it is better to take half.

A few years ago, We were visiting a friend in a town near Acre. He was not too lazy then and took us to the old city, specifically so that we could taste the famous hummus in Hummus Said. There were so many people that the line to the restaurant stretched from both of its entrances. But to be honest, we could not appreciate the taste of the local hummus. In our opinion, it had too much oil and lacked spices.

Doniana is another famous fish restaurant with a terrace and stunning views of the sun sinking into the sea at sunset. The food here is delicious and varied, although in my opinion inferior to Uri Buri.

And finally, another find is the premium snack bar Kukushka at the Turkish bazaar in the old town. This place is recommended by TripAdvisor, and it has great reviews, but still, we did not expect such unusual and tasty dishes from this market stall. The crab meat falafel, shrimp skewers, and grilled squid were beyond praise.

From Tel Aviv to Akko with a private driver

From Tel Aviv to Akko with a private driver can be reached in 2 hours. Two days are enough to see all the sights. By the way, you can have a great Shabbat here: cities in the north of the country do not observe it, so everything here works like on weekdays. We recommend combining a visit to Haifa and Caesarea on the same day. If you are planning two days in the north, after the tour in Acre with or without accommodation will give you a great starting point for the next day in the north towards the Sea of Galilee, the Golan Heights, or continuing your journey with the private driver towards the border with Lebanon.