Returning To Nature: 5 Recommended Places For An Autumnal Trip With A Driver In Israel

As of tomorrow, nature and national parks in Israel are reopened. In honor of the joyful event, we have collected 5 Sites that are recommended to travel to exactly now. From the birds that migrate in the Afek Park, through Ein Hemed to the pleasant weather in Einot Tzukim

With the exit from quarantine and the return to a kind of routine, you can also go out and again enjoy Israeli Nature. In doing so, nature and Parks Authority will open the reservation system today to their various sites and from tomorrow it will be possible to reach and travel. After the first closure, to visit the reserves and parks of the natural authority, it is necessary to register in advance and select the specific time when you will come to visit. The goal of this move is to rate the travelers and monitor the number of people who enter. we at otto Israel are here to help you registered and book the entrance tickets and provide you our chauffeur service in Israel and drive you to the beautiful national park.

While we were in quarantine, without having almost noticed, the autumn season began and plants and animals are preparing accordingly. Nature and Parks Authority has concentrated on us the most recommended places to visit at the moment.

EIN AFEK NATIONAL PARK WITH A DRIVER IN ISRAEL 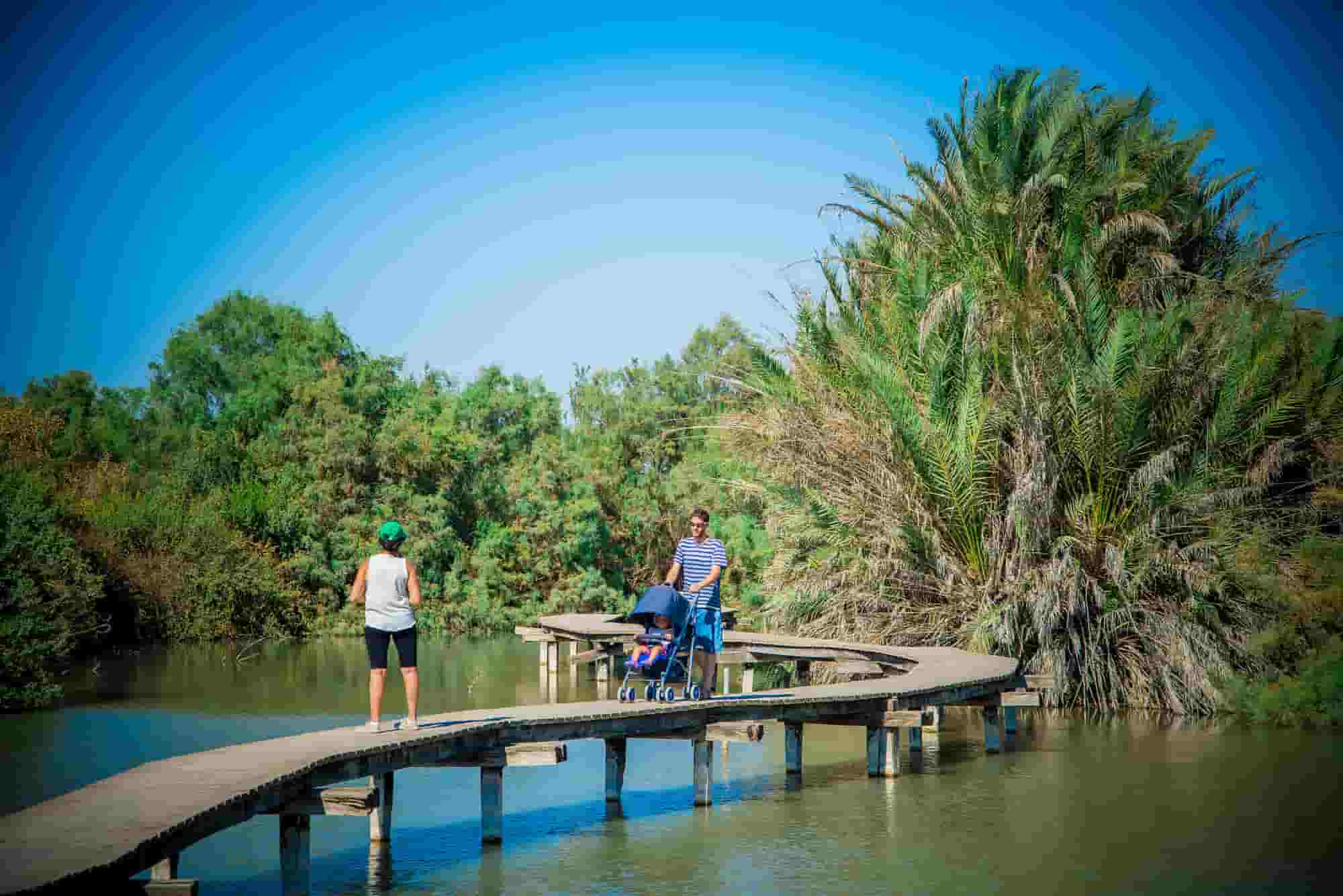 In the Ein Afek reserve, you can see a unique landscape preserved in the place, which once was much more dominant in Eretz Israel-swampy landscapes and stream sources that almost disappeared. In the nature reserve, there is a path that surrounds the swamp and allows travelers to observe the water and bank plants that are in it, such as Azure Nymphae, floating Naharonit, Reed and end, and animals that live in the water environment such as Bubalus, crabs, turtles, Lebanese fish and Hayarkon, etc. When visiting Ein Afek, do not forget to go up to the observation deck of the acre valley from the roof of the ancient flour mill. The mill was used in the Crusader period, headed by a British guard post from the time of the Arab uprising.

It is highly recommended to visit Ein Afek with a chauffeur in Israel in the autumn period, because it is more pleasant to walk around the swamp, and many migratory birds that pass over the Reserve can be predicted, and some even winters in it. Among the birds that can be observed, there are pelicans, cormorants, briquettes, storks, and various duck species. Also, if you arrive after the first rain, it will already be possible to witness the sitcoms decorating the mound area.

HOW TO GET TO EIN AFEK NATIONAL PARK?

Highway 4 turns east to Highway 79, on the square turn, left to Partridge Street, and at the end of the street turn right to Highway 7911. After about a kilometer come to the Reserve. 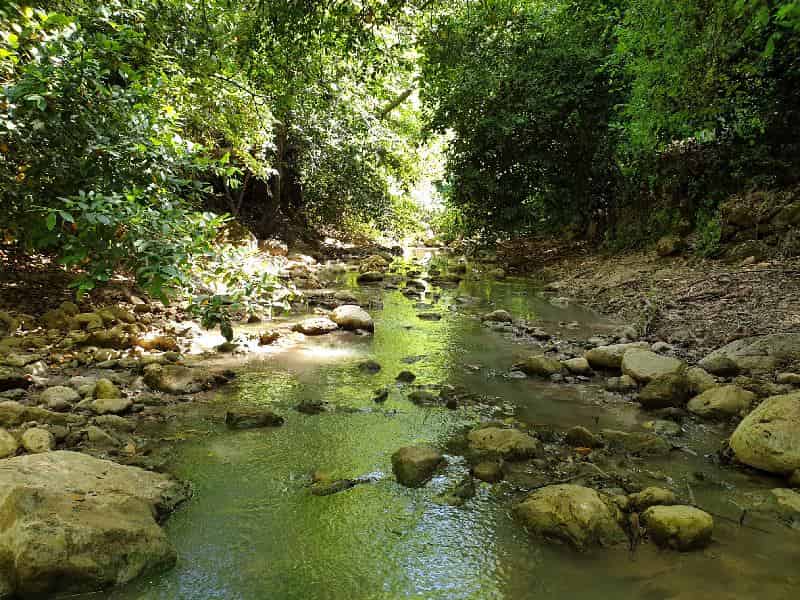 In the nature reserve Nahal Amud you can find a special combination of nature and heritage. Among the Eitan stream, ponds, rich vegetation, ancient flour mills, and ancient residential caves – in this reserve there is everything. In the autumn season, the Reserve is filled with flowering and fallen leaves that should not be missed.

The Reserve is divided into two small reserves: the pillar stream, where you can observe the connection of the Shahawi stream and the Amud stream that creates small shallow pools of clear water, and the Plane and willow trees that grow in the creek. The second part is the lower Amud stream, where there are many historical artifacts led by the Amud stream cave. During archaeological excavations that took place, human remains of the Musteric culture were discovered (about 60,000 years ago), and later a skeleton of a baby with the characteristics of the Neanderthal man. Not only prehistoric caves have in the area, but also the "pillar" – a rock limestone Sentinel with a height of 20 meters, after which the stream is named; a large cliff used for nesting, where you can see the nesting of Eagles, Persians, rock Falcons, and rock pigeons; And Chera fort, overlooking the Gijon where the national carrier crosses the Amud stream.

HOW TO GET TO NAHAL AMUD NATIONAL PARK?

The upper Amud stream-from Route 866 between the Hananiah Junction and the Miron junction. The aboveground part of the stream is a crowd-absorbing Reserve, and the entrance to it is paid.

Nahal Amidad - from Route 85 (Akko-Amidad road), through a passage under the road, adjacent to the Nahal Amidah parking lot. Instead of tidy parking. It is possible to enter the Reserve both from the 8077 highway, at the point of a passage of the road above the stream, and also where there is neat parking. Another entrance to the Reserve is from the Roman bridge at the southeastern point of the stream, the place of connection of the stream to the Israeli trail. There is no entrance to the Reserve from the localities of Hukuk and Kachar and Chera. 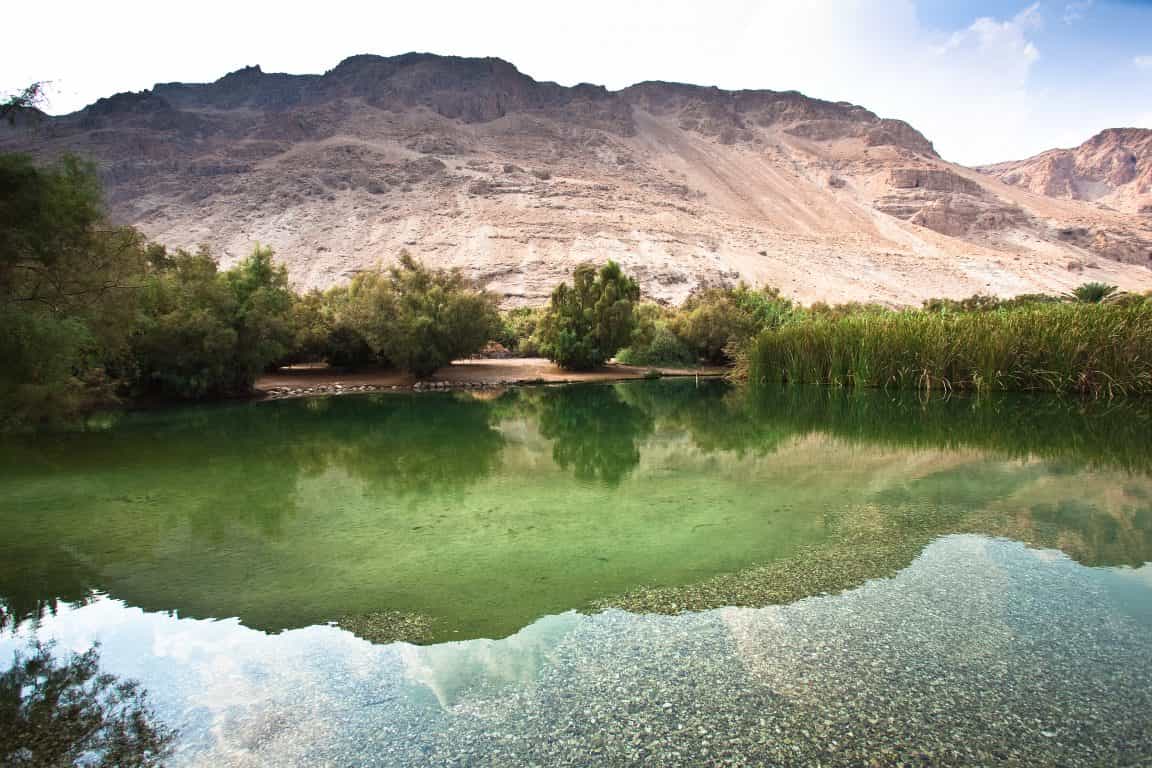 In Einot Tzukim national park, the lowest oasis in the world, there is a unique natural wealth that has developed around the resulting water sources and vegetation that has adapted to a salty environment. In the ponds, you can observe the tilapia fish and the nave of the sailors, the Sparrow of the Jordan among the thickets of reeds, and insect species such as the sand Ant and the Hershel Barkan. At night, animals such as Fox, wild boar, and golden jackal, operate in the area.

Alongside the unique animals and vegetation, in Einot Tzukim national park some ponds are suitable for immersion and shedding. Because of the location of the cliffs eyes in the north of the Dead Sea, even in the autumn months is still warm in place, which makes baptism pleasant and fun even in the current season.

At the time of visiting and immersion in the water, you can notice the many birds passing over the nature reserve and those who choose to move to the region for the winter rest. Among the birds there are migratory songbirds that arrive in the fall (some pass and some remain for the winter) such as red-breasted, blue-breasted, hovers that pass the winter in the region, Passerine, and kingfishers that come among the first. Autumn sights are also evident in the Reserve and the flora changes with weather changes. The poplar trees that stand out in the area near the spring ponds change color and turn yellow with the water temperature drop, then Brown, and then fall to the ground in a spectacular Fallen play. Also, this period is the period of courtship for those who live in the cliff of copies and descend to drink from the springs of the Reserve, and those who arrive soon will be able to see their activities in the area of the North Dead Sea (guidance from the reserve staff may be requested).

located in the north of the Dead Sea 3 km south of Kibbutz Kalia on Route 90.

EIN HEMED  NATIONAL PARK WITH A CHAUFFEUR IN ISRAEL 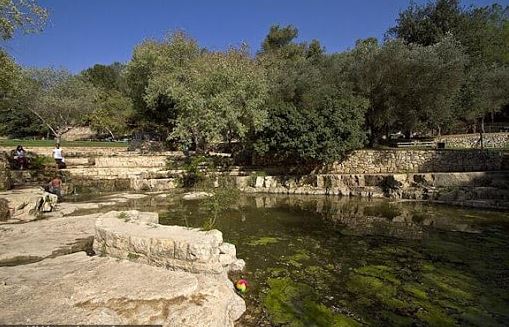 Ein Hemed National Park in the Jerusalem mountains is located on the banks of a stream as a living room. Along the length of the stream are several springs that still originate and around them green vegetation and a focus of attraction to wild animals in which songbirds, rodents, and a host of insect species.

In the fields of the National Park, we will discover a unique landscape that preserves past landscapes, running water, water plants, and a bank such as Kana me' an and Shulamit hair, Orchard plants, plants planted by men such as almond, pomegranate, fig vine and more. The garden features Mediterranean grove trees and oak trees in the center, these are Israeli land, madrones, and medical brick. In the National Park, the eastern plane trees planted during the establishment of the National Park are particularly prominent and have grown to impressive heights. On them, the large ones that look like palm trees produce a large and dense landscape that gives a great shadow. This time of year, the giant plane leaves change their color to brown, yellow and reddish, drop out, and cover the garden with a spectacular autumn blanket that gives the place an overseas appearance. In recent years, the place has become a pilgrimage site for nature photographers who have been amazed by spectacular images of fallen leaves.

In Ein Hemed there is also an impressive stone building from the Crusader period that served as an agricultural farm called "Aqua Bella", the beautiful water. Thanks to the water of the springs, extensive farming was made possible instead. In the building, which was built on two floors and a central courtyard, there remained two large spaces and a courtyard without a roof.

Autumn days invite a visitor to Ein Hemed to look autumnal and interesting, and thanks to its location in the high mountains of Jerusalem the temperatures are relatively low and pleasant to walk this season.

HOW TO GET TO EIN HEMED NATIONAL PARK?

Route 1 goes up in Hamad interchange near Abu Ghosh. The interchange is heading south towards Ein Hemed National Park.

EIN OVDAT NATIONAL PARK WITH A CHAUFFEUR IN ISRAEL 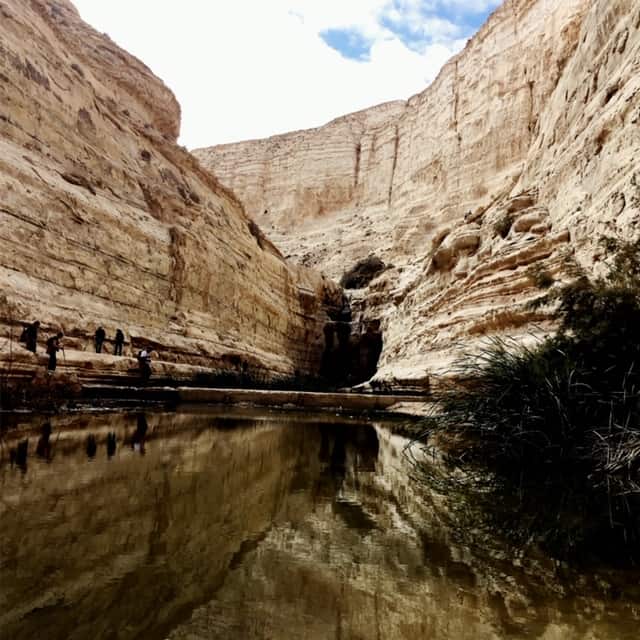 The Ein Ovdat National Park, which serves as an oasis in the Negev, is in a magnificent canyon in the river Zin. In the riverbed, there is an impressive waterfall that plunges towards the canyon, which has three different spines - Ein Maarif, Ein Abed, and Ein Mor. Along with them, there is a variety of vegetation, which includes Ashal trees, salted, salted, damaged bushes, and a common barrel. And in the upper part of the canyon grows a grove of Euphrates poplars.

With the arrival of autumn, the male goats flaunt and steal the "White Socks" (their fur at the bottom of the leg becomes white), of course, to impress the females. The males approach the females and stand in front of them in a position where they kneel and take out the tongue, which is equated with a bestial marriage proposal. Listeners can also hear the knocking of horns echoing in the cliffs in the battles of males for hegemony in the herd.

Poplar trees also wear autumn clothes and change their color to light brown, and the flowers of eagles that have just hatched in the summer spread their wings among the cliffs and get used to independent life without parents

HOW TO GET TO OVDAT NATIONAL PARK?

On Route 40. The lower entrance to Ein Ovdat is next to the Ben Gurion Tomb mansion and the Midrash Sde Booker.

Important to know! National parks and nature reserves will open according to the instructions of the Ministry of Health, open places on the authority's website should be updated. Login to such sites, only pre-registration through the reservation system on the site of Nature and Parks Authority.

The Israeli autumn is the best season to travel in Israel, nature offers a great opportunity to travel in the greenery and enjoying the waterfalls and the rivers in Israel, there is no better way to travel in our amazing piece of land than with a chauffeur in Israel to the national parks, we will take you exactly where you need while you will be enjoying the trip with your family.